The weather was cooler, but the competition was hot! Sports Day this year saw our athletes challenged and pitting themselves, and their colleges, against one another. Winners of the Sports Day trophy was Gower! Well done to all! #cdssport #cdssportsday #cdsgower https://t.co/CBNkgy6Rt7

Students have been working hard all year collecting reward points through attendance, behaviour and activities. The winners this year are …. Fort! College captains were presented with the cup during sports day. #cdsfort #cdsrewards https://t.co/knDWpW42BA @tcdskent If students need #wellbeing support, https://t.co/wthL8d6Lfs is available for all 10-25 yr olds in #Kent & #Medway, right throughout the summer break. Whether it's support with exam results or something else, they can always message our online team. https://t.co/rNH8MKIJfd 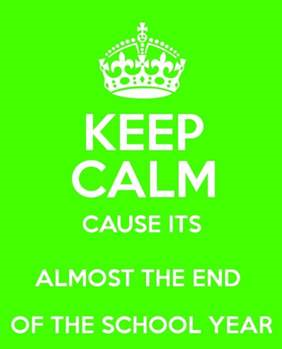 Wellbeing Wednesday: The end of another school year is upon us and many will be tired, physically and mentally. Summer is the best time for us to recharge our personal batteries. We all need to take care of ourselves and recharge for September. #cdswellbeing #cdsmentalhealth https://t.co/vqiqxwsq1F 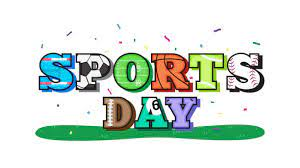 With sports day scheduled for tomorrow, Wednesday 20 July, please can you ensure that your child(ren) bring a drink with them, sun cream and a hat, to keep themselves protected in the afternoon during events. Please remember to wear PE kit for the day! #cdsport https://t.co/A59ovyMPGl

Due to the forecast Level 3 heatwave on Monday and Tuesday, PE lessons will be inside on these days. The field events for Sports Day, scheduled for Tuesday will now happen on Wednesday morning. 2 of 2

Due to the forecast Level 3 heatwave on Monday and Tuesday, pupils are not required to wear ties and blazers on these days. Pupils should wear PE kit on Wednesday. All pupils will be in indoor areas and the shaded footprint of the buildings for break and lunch. 1 of 2

We are proud to announce that after a year working with Educate and Celebrate towards making CDS an inclusive school for all staff and pupils, we have gained our Pride in Equality, Diversity and Inclusion Bronze award. #cdslgbt #cdspride https://t.co/B01k8zjxcu 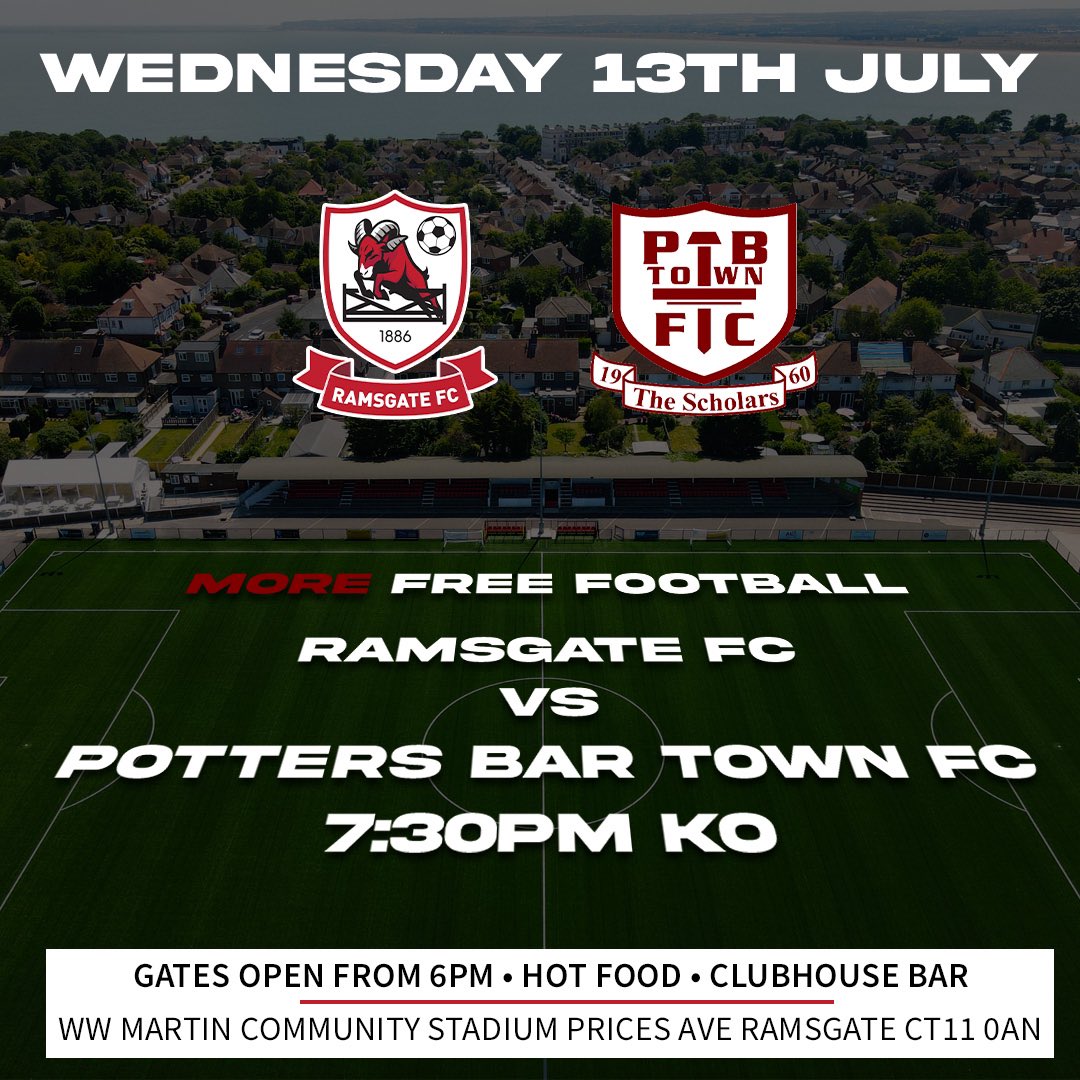 We have yet more FREE football lined up this week with a visit from @pbtfc and we can't think of a better way to spend a warm summers evening. Gates open from 6pm (KO 7:30pm) https://t.co/8EX3bIXrWN 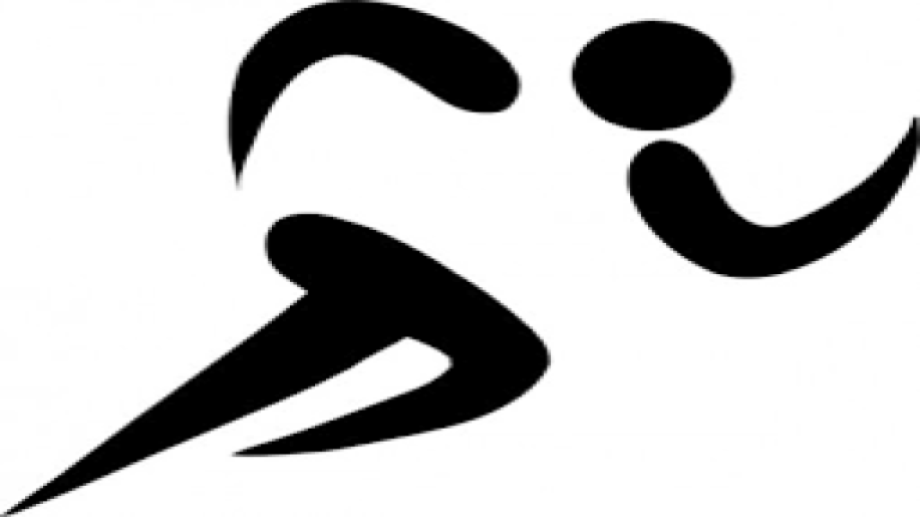 We took 44 students to the Thanet Schools Athletics Championships and were extremely successful with both team, and individual successes. The results were: U13 Boys – 1st Overall U13 Girls – 3rd Overall U15 Girls – 2nd Overall Well done to all involved! #cdssport https://t.co/MAcFbUAhjX

CDS joined VI Extra in Maidstone, showing what we offer for visually impaired children. This event gave families the opportunity to talk to professionals, charities and other parents, we well as offering fun activities for the children and young people to take part in. #cdsvi https://t.co/ELn0yuZLSb

The MFL department were excited to celebrate Pride month with a focus on the issues surrounding gendered language in the languages that we study; French and Spanish. They considered how language would be if we were not able to indicate gender – the advantages and disadvantages. https://t.co/99VJKnuWKA 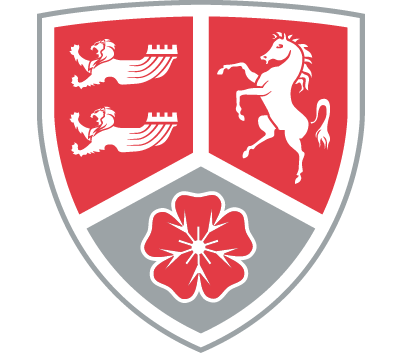 Reminder for Year 6 into 7 Transition Days: Wednesday 6 to Friday 8 July. We are welcoming our new Year 7s this week to familiarise themselves with CDS prior to the new year starting on the Monday 5 September. #cdstransition https://t.co/noo6jXoihH

Arts Festival 2022 - The School’s VI Unit opened its doors to demonstrate the equipment it uses to aid the learning of its visually impaired students. The Brilliant Club students talked to visitors about their academic work on this programme. #cdsartsfestival #cdsvi #cdsgifted https://t.co/QrgEul6HJx

Arts Festival 2022 - Outstanding work from students in Art and Engineering was on display in the Theatre. #cdsartsfestival #cdsart #cdsengineering https://t.co/NZD01Jo0yU

Special guests at The Arts Festival included The Mayor, Councillor Dexter, and his Lady Mayoress who were toured by the School’s head students. The School thanks all of its supporters, parents, & students for attending this event. #cdsartsfestival #cdsmusic #cdshospitality https://t.co/ZCUjYNMc51 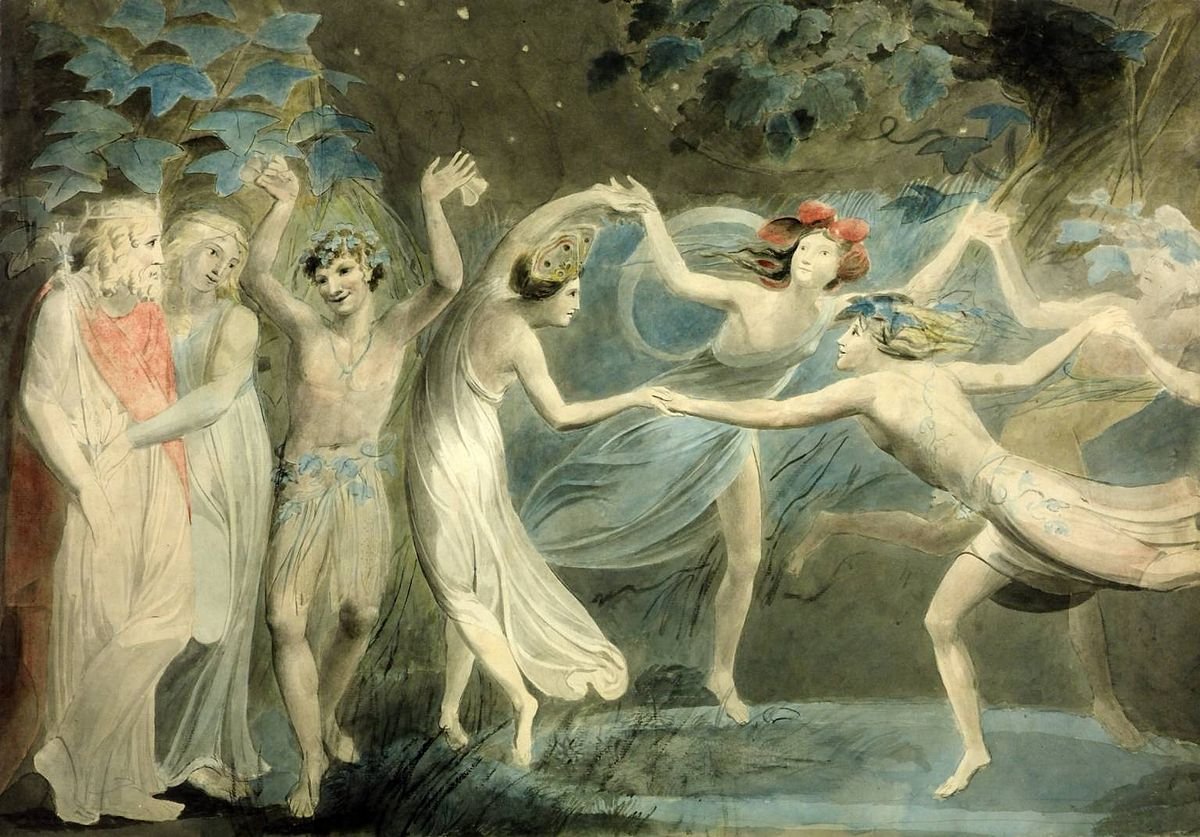 We're looking for talented and dedicated Teaching Assistants for our brand new school, Barton Manor, starting in September. If you or anyone you know is interested in learning more please click here: https://t.co/40UkxAa5bK 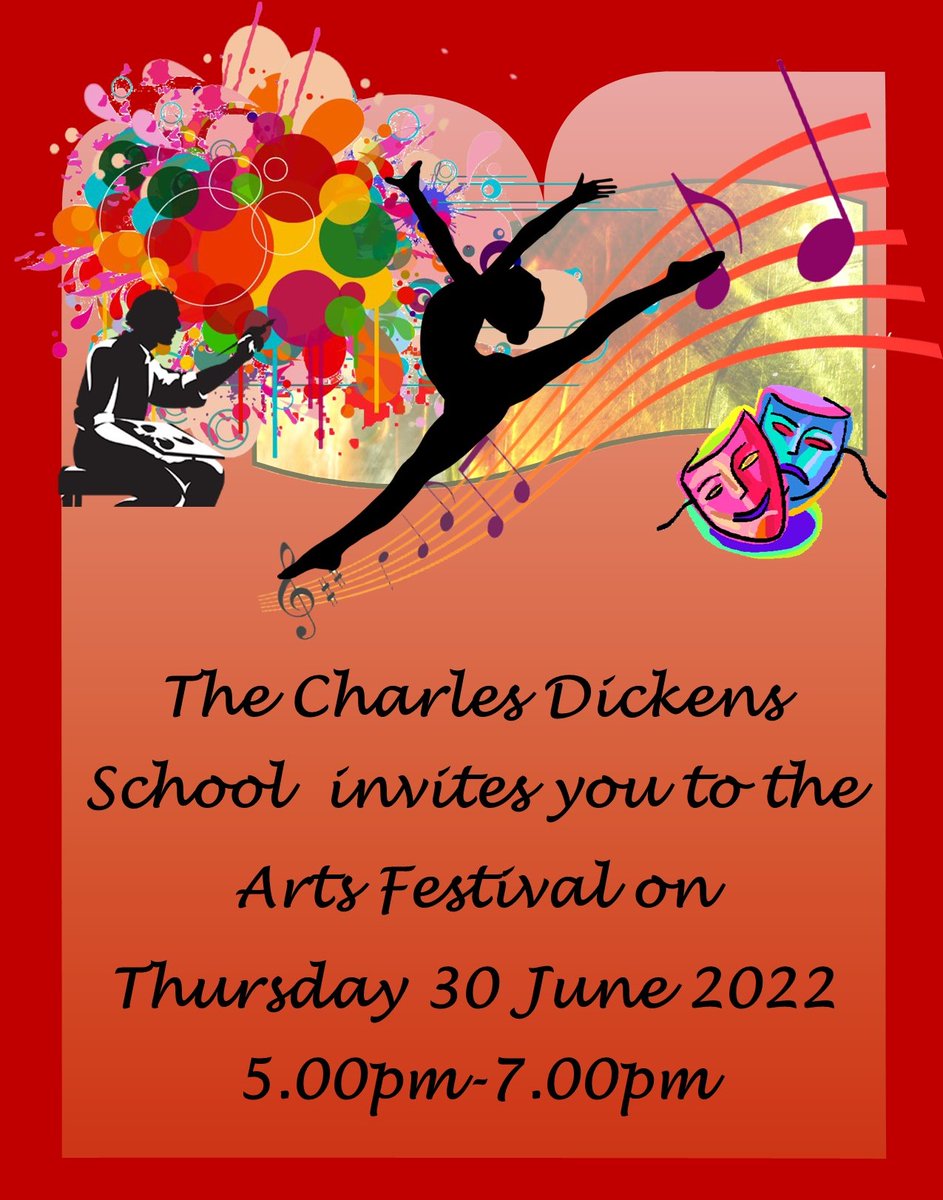 Just a reminder that it's the CDS Arts Festival this evening, celebrating the multiple talents of our fabulous students, showcasing all things creative! #cdsartsfestival #cdsevents https://t.co/tem3ErMHcv 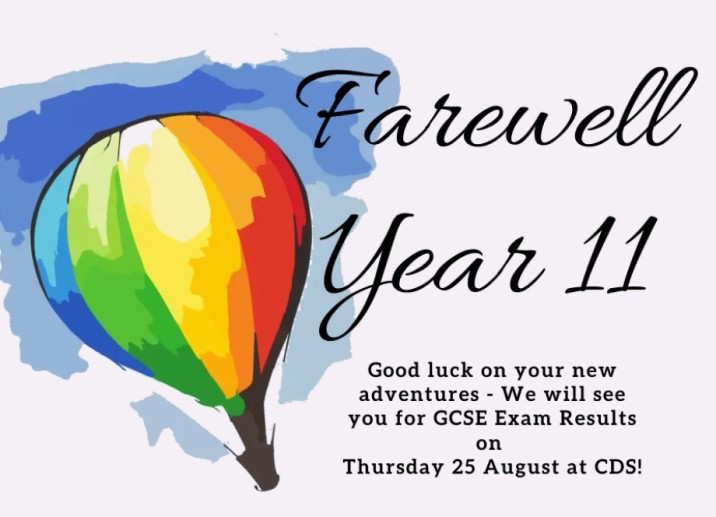 Today we said farewell to our Year 11s who have worked tirelessly through their GCSE exams. A final assembly, brought tears and laughter looking back over their 5 years at CDS. We wish them all well in their next adventure! #cdsy11 https://t.co/dcHVfTOhWh 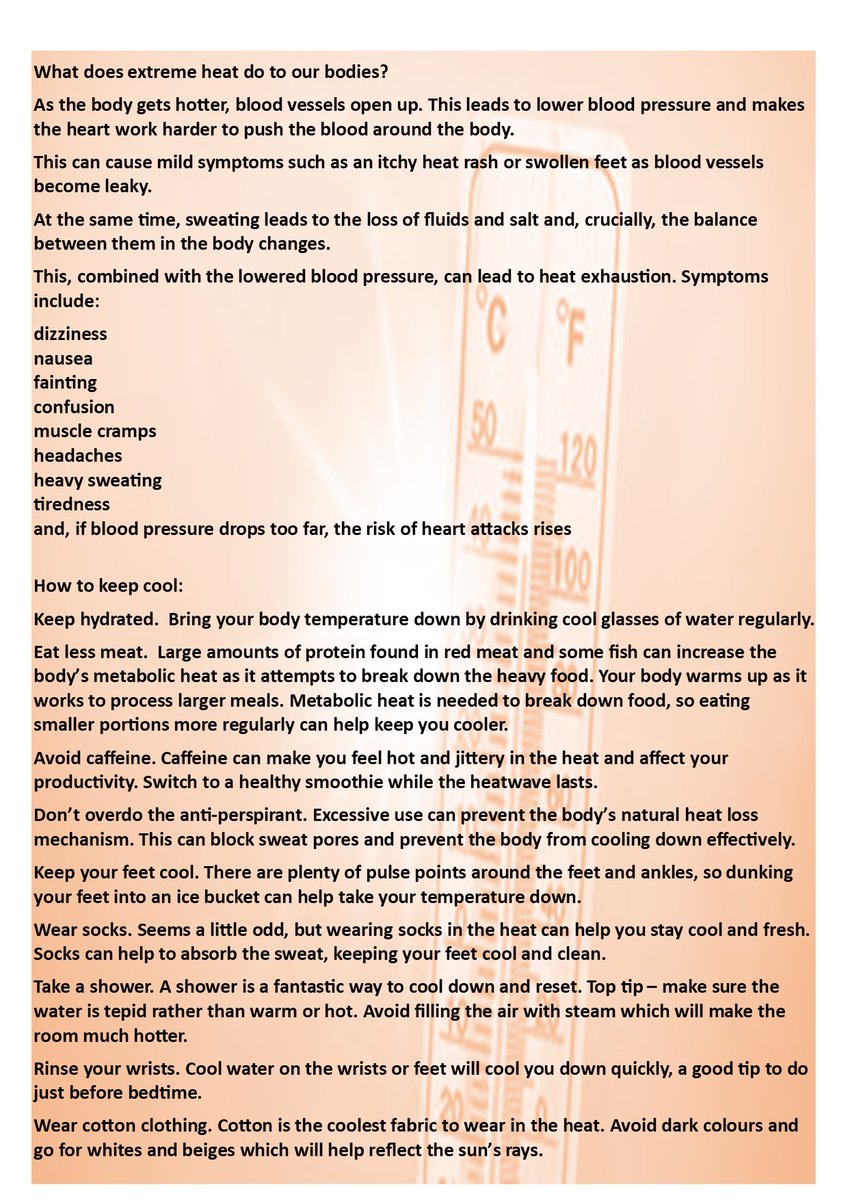 Wellbeing Wednesday! Last week we endured some very hot weather which for some of us was warmly received but for others, very uncomfortable. Attached are some top tips for staying cool in the hot weather. #cdsmentalhealth #cdwellbeing https://t.co/N8NF28pSD5

CDS is proud to host the Arts Festival this year celebrating the multiple talents of our fabulous students, showcasing all things creative! Families of current & Y6 students, are invited and we look forward to seeing you on 30 June between 5-7pm. #cdsartsfestival #cdsevents https://t.co/Ppb7KCRzZ1 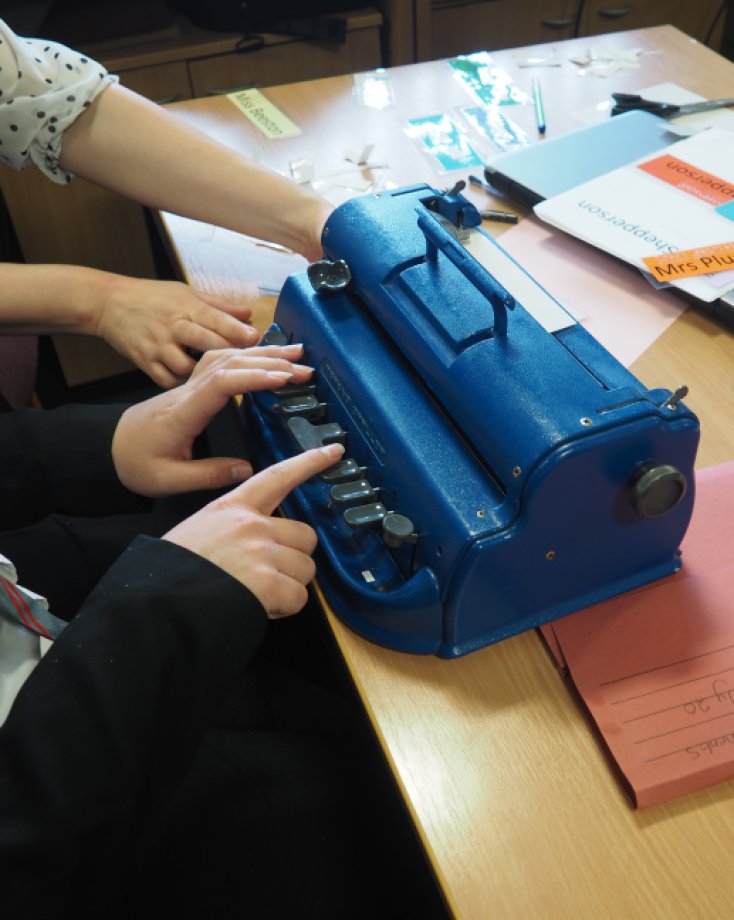 A VI student embarked on his effective communication unit, part of his AQA award scheme, using his brailling skills to raise money for TAG Pet Rescue making staff name tags. He raised a whopping £175! A representative came to thank him for all his hard work. #cdsvi #cdscharity https://t.co/XmlFPqMptL

Navy Chefs came into school to work with H&C classes this week, briefing them on careers in the Catering arm of the Navy, and showing some amazing pictures of cooking around the world. Can learning be fun? - ‘absolutely, yes!’ – the kids had a blast! … #cdshospitality https://t.co/tDUudYBPEZ

A dispersal order has been put in place in #Broadstairs town centre this afternoon, giving police additional powers to move on anyone causing a nuisance and, if necessary, arrest those who return to the area once dispersed.

Y7 & 8 students continue to compete in the school’s Knowledge Organiser quizzes. Quick fire questions, on the buzzer, have challenged the recall of all of their knowledge. Here are some of the top placed Year 7 students with their certificates of award. #cdsknowledge #cdsKO https://t.co/0y2zDogwRr 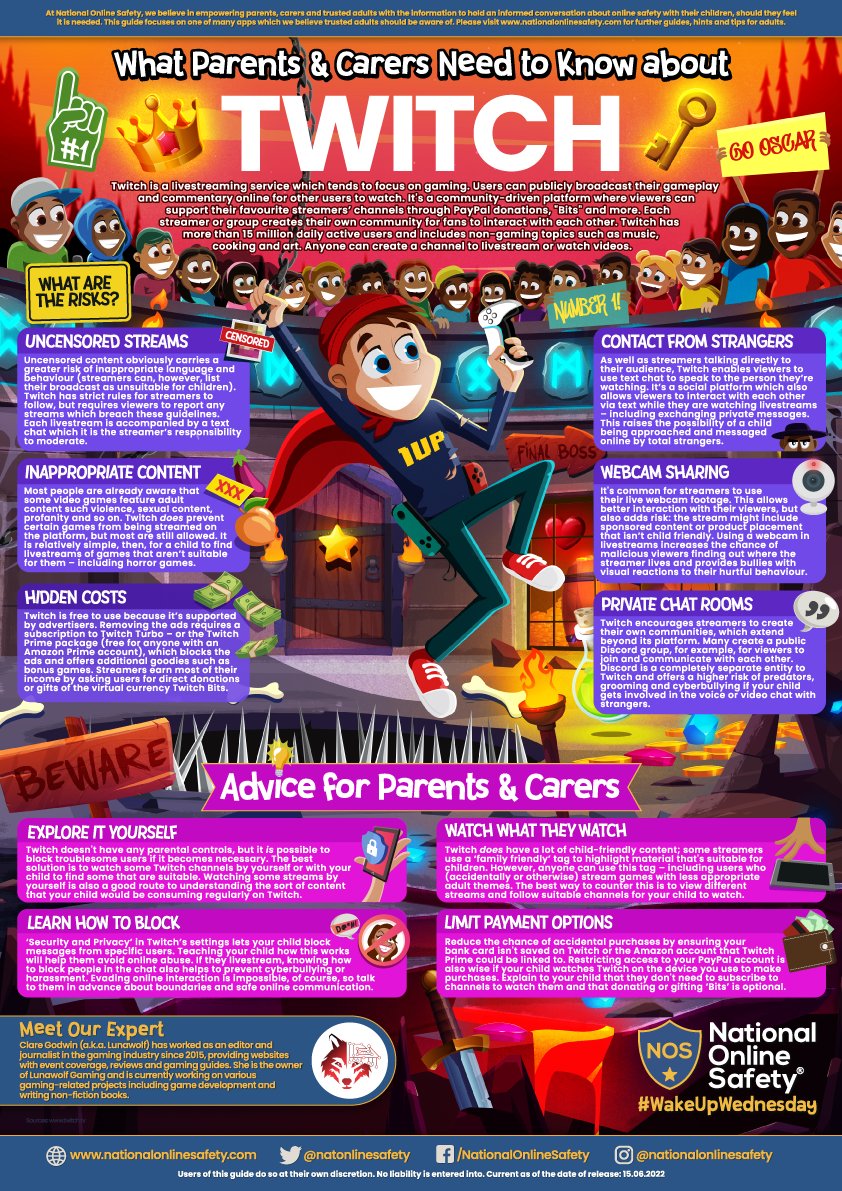 If your child knows gaming, they’ll probably know Twitch 🎮💻 It’s a livestreaming community for dedicated gamers – but in among the helpful tips, some #OnlineSafety risks are lurking. Our #WakeUpWednesday guide investigates 🔎 Download >> https://t.co/e34tAokupc https://t.co/3YqUceFwoC 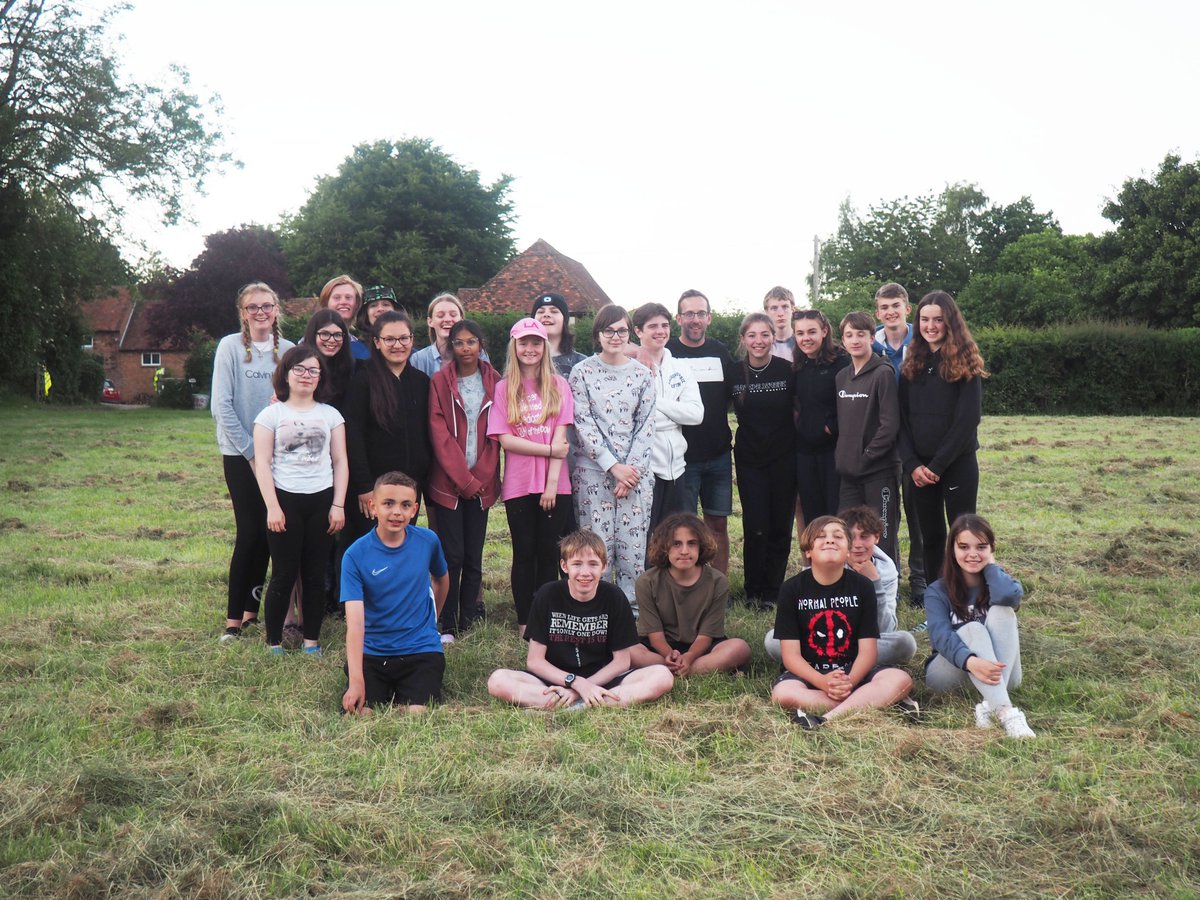 CDS students have now successfully completed their DofE assessed Bronze expedition, completing all of the evidence needed for their bronze award. Well done to all involved and a massive thank you to all staff who supported the expedition! #cdsdofe https://t.co/ee4ELegsAV 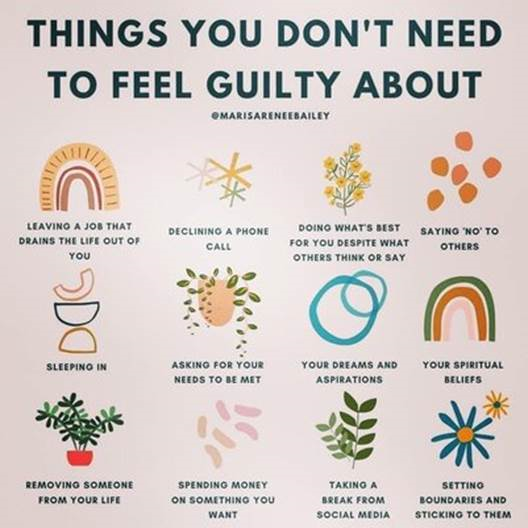 Wellbeing Wednesday! How does feeling guilty affect our wellbeing? Mindfulness can help us to accept our feelings and begin self-forgiveness. It can help you understand your emotions. https://t.co/4aQgqq8HXF https://t.co/fYEFdz2SRk #cdsmentalhealth #cdswellbeing https://t.co/g4jfAvy7hn 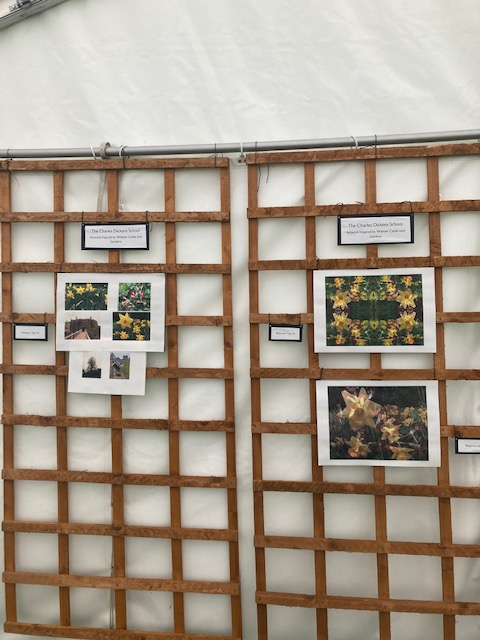 Y10 art students took part in the English Heritage Art exhibition at Walmer Castle this year. Their work was inspired by their visits to the grounds and gardens of the Castle was displayed over the weekend as part of their Blooming gardens Event. Well done! #cdsart https://t.co/HCCCmR0a8v

Retweeted From Department for Education 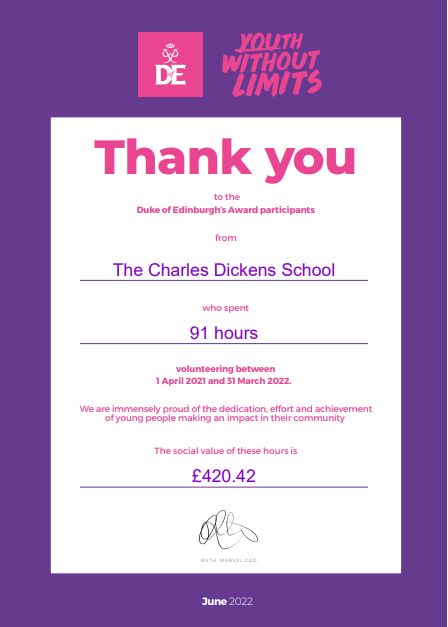 Well done to all of our DofE students with their volunteering efforts! We are proud of all of you! #cdsdofe https://t.co/R6z6j9fNGa 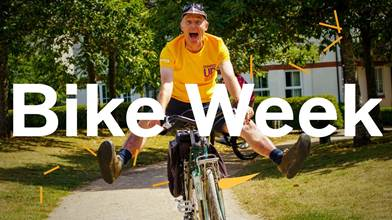 Wellbeing Wednesday - It's International Bike Week! Top 5 reasons to get cycling: It gets you out in the open Aerobic exercise reduces anxiety You can ride a bike socially It's a proven stress reliever It's easy to fit into your daily life #cdswellbeing #cdsmentalhealth https://t.co/sA9OXRqodt 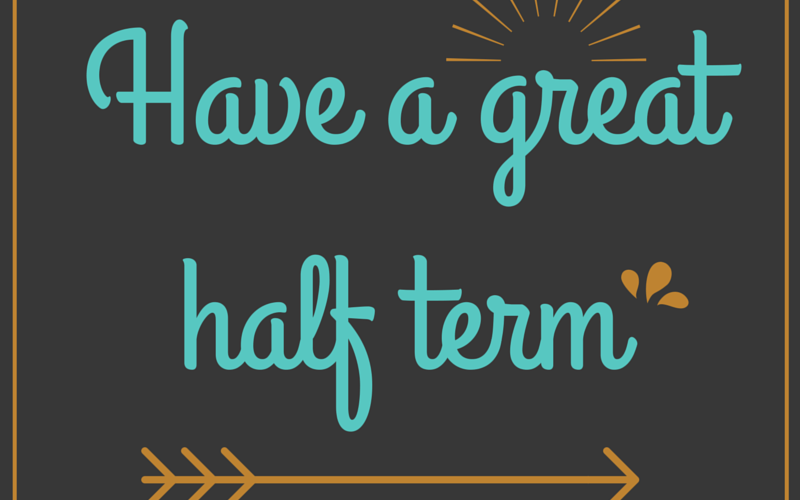 Wishing you all a great May half term! Enjoy the break and the Queen's Jubilee long weekend and celebrations. Students return on Monday 6 June. https://t.co/5gjCZflB6I 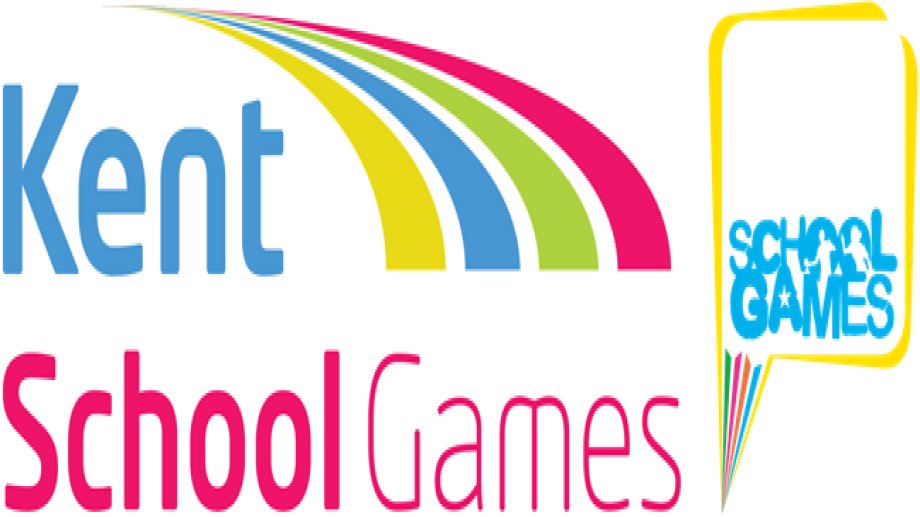 Wellbeing Wednesday: This week as the Queen's Platinum Jubilee weekend approaches, and her 70 years of service recognised, we are looking at the secret to a long and healthy life and how to maintain healthy habits! #cdswellbeing #cdsmentalhealth https://t.co/o3FjZ938ia

Menu
Share This Page
Email
Back to News ListPreviousNext

The School’s MFL department were excited to celebrate Pride month with a focus on the issues surrounding gendered language in the two foreign languages that they study; French and Spanish.

We take it for granted that in the English language we can use inclusive pronouns such as ‘they/them’ without much thought however both French and Spanish have specifically gendered versions of the word for ‘they’ making it difficult to use gender inclusive pronouns. MFL teachers took the opportunity to encourage discussion with the students about the difficulties of being a non-binary or gender fluid person in the Francophone or Hispanic speaking worlds, and were greatly encouraged by the open-mindedness and thoughtful contributions from their Year 7 and 8 pupils, in particular, during these lessons.

Students considered how language would be if they were not able to indicate gender – both the advantages and disadvantages. MFL teachers had them working to decide who should have the biggest influence on how languages change and develop as society changes.

The discussion about gender inclusive language in the MFL classroom is one that is coming up more and more, and most often the question is asked by a student which  demonstrates that those at CDS have a desire to be inclusive and welcoming to all genders and people.

The school is proud to support its LGBTQ+ community and the languages department will continue to develop in this area.

Written by Charles Dickens School
Back to News ListPreviousNext